A paper written by Lee Ming Yuen, deputy director of the Institute of Chinese Medical Sciences (ICMS), University of Macau (UM), titled ‘The Importance of Cooperating with China in the Global Health System’, has been published by the international journal Road to the East. Journal of Chinese-Portuguese Studies (translated from the Portuguese title Rotas a Oriente. Revista de Estudos Sino-Portugueses).

Chen Xin, director of the ICMS and interim director of the State Key Laboratory of Quality Research in Chinese Medicine (SKL-QRCM), says that the institute has been promoting traditional Chinese medicine in a global scale, with an emphasis on the cooperation and exchange of scientific research between China and Portugal, since its establishment 20 years ago. In 2018, the ICMS held the International Conference on Medicinal Plants and Bioeconomy and the First Sino-Community of Portuguese Language Countries (CPLP) Symposium on Natural Products and Biodiversity Resources. In 2021, the SKL-QRCM at UM, the China Academy of Chinese Medical Sciences, the University of Minho in Portugal, and the University of Sao Paulo in Brazil jointly established the Consortium of ‘Belt and Road’ and Portuguese-Speaking Countries for Natural Medicine Innovation (Macao). The consortium takes advantage of Macao’s role as a platform between China and Portuguese-speaking countries to promote exchange and collaboration between China and countries covered by the ‘Belt and Road’ initiative, including Portuguese-speaking countries, in the fields of medical sciences, particularly traditional Chinese medicine and natural medicine. In the same year, UM and the University of Minho jointly held the International Conference on Medicinal and Food Plant Research and the Third Sino-CPLP Symposium on Natural Products and Biodiversity Resources in Shaanxi province. In the future, the ICMS will continue to promote academic collaboration and exchange between China and Portuguese-speaking countries in areas such as medicine and biotechnology, in order to promote the development of the Chinese medicine industry and its expansion to other parts of the world.

Prof Lee’s paper originated from his speech at the Health and Wellbeing New Silk Road Conference held in Portugal and online. Organised by a think tank in Portugal established under China’s ‘Belt and Road’ initiative, the event attracted renowned scholars, medical and health experts, industry practitioners, and researchers from Portugal, mainland China, and Macao. Founded in 2016, the organisation is dedicated to promoting collaboration between China and Portugal under the ‘Belt and Road’ initiative as well as collaboration between China and third parties, especially Portuguese-speaking countries. The organisation has made significant contributions to promote Sino-Portuguese collaboration. 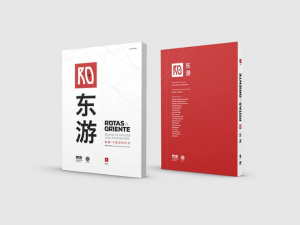 Road to the East. Journal of Chinese-Portuguese Studies (translated from the Portuguese title Rotas a Oriente. Revista de Estudos Sino-Portugueses) 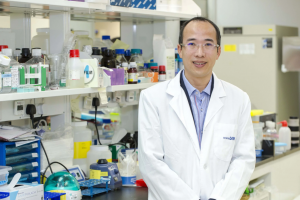