A team led by Lu Jiahong, associate professor in the Institute of Chinese Medical Sciences (ICMS), University of Macau (UM), has developed an artificial intelligence (AI)-based virtual screening algorithm and a cross-species Alzheimer’s disease (AD) drug verification platform, in collaboration with researchers at the University of Oslo in Norway, and Hangzhou Mindrank Technology Co, Ltd. The algorithm and the platform have successfully identified several small-molecule compounds with therapeutic potential against AD. The related research results have been published online by Nature Biomedical Engineering.

Approximately 50 million people worldwide suffer from dementia, and this number is predicted to increase to 152 million by the year 2050. At present, the prevalence of the disease is as high as 42 per cent among people aged 85 and above. Despite the rising incidence, the development of AD drugs has remained unsuccessful for decades. Although 33 leading pharmaceutical companies invested more than USD 600 billion in AD research and drug development between 2000 and 2017, most of the drug developments have failed due to the unknown pathological mechanism of AD. During the process of neuronal aging, mitochondria, the ‘power plants’ within the cells, continue to accumulate damage to increase the death of nerve cells. To ensure that the mitochondria are in good condition, cells use mitophagy, a sophisticated quality control system, to selectively remove damaged mitochondria and thereby maintain the health of neurons. Enhancing mitophagy may be a novel strategy for treating AD, so there is an urgent need to discover new and efficient mitophagy inducers.

The small molecules extracted from traditional Chinese medicine (TCM) are structurally diverse with relatively low toxic and side effects, so they are a good source of drug discovery. The team introduced a machine learning solution for this study. From the university’s small-molecule TCM compound bank that contains 3,724 natural compounds, researchers screened out 18 compounds. Two out of these 18 compounds, namely kaempferol and rhapontigenin, proved to be able to improve memory and cognitive impairments in nematode and mouse AD models within a safe dosage range, thus reducing the pathological phenotype of AD. Overall, the study established an efficient and feasible AI-based drug discovery programme and provided a new strategy for the rapid development of AD drugs. The research result represents a major breakthrough in the modernisation of TCM.

In recent years, Prof Lu’s team has conducted systematic studies in the field of autophagy and AD and has published articles in academic journals such as Autophagy, Molecular Neurodegeneration, Acta Pharmaceutica Sinica B, and Theranostics. These studies have revealed the important role of autophagic dysfunction in the pathogenesis of AD and the potential of autophagy induction as a new strategy for treating AD.

Prof Shen Hanming and Prof Zheng Wenhua in UM’s Faculty of Health Sciences, as well as postdoctoral fellow Cai Cuizan and master’s student Xie Liming in the ICMS, made important contributions to this study. The study was funded by the Science and Technology Development Fund of the Macao SAR (file number: 0128/2019/A3 and 024/2017/AMJ) and UM (file number: MYRG2019-00129-ICMS). The articles can be viewed at: https://www.nature.com/articles/s41551-021-00819-5 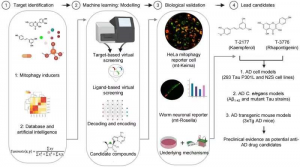 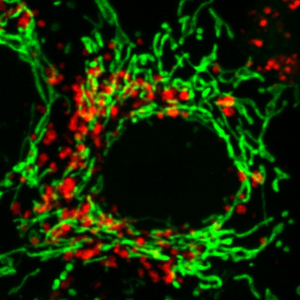 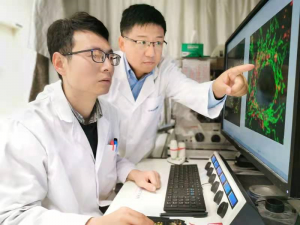